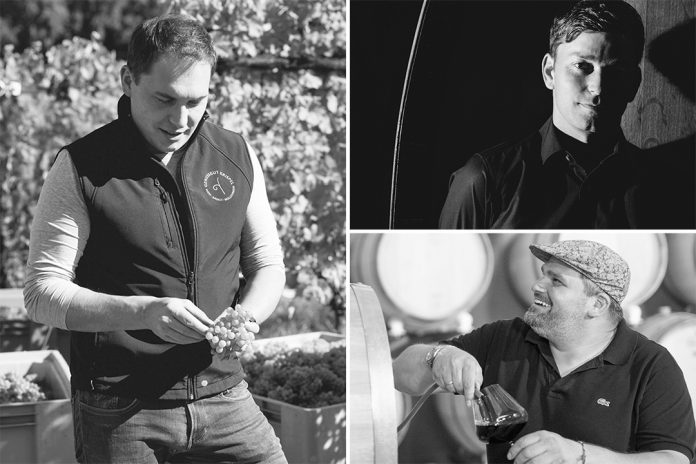 In the former southeastern Styria, called Vulkanland since a few years, a very special site classification was presented, initiated by the association „Eruption“.

AUSTRIA (Styria) – A helicopter tour of the Styrian Volcanic Land made it clear. The wine-growing region is even more extensive as an agricultural country, with many differently cultivated fields that make up a huge carpet of patches. The carefully tended vineyards in between, rarely flat, mostly planted on more or less steep slopes, presented themselves as splashes of green color during the time of the wine blossoms in June. It was not possible to see what had happened to some of them in the months before. The nine members of the very active “Eruption” association had classified them, but in a different way than was previously the case in Austria and Germany, for example.

Here, as a rule, it is the winemaker who determines what is a „Grosses“, „Erstes“ or „other Gewächs“ (Cru), usually on the basis of tradition and experience over a long period of time with very good results, as well as their enforcement on the market. But this is done, if you will, from the gut and occasionally arbitrarily. In Germany, for example, there have been plenty of „Große“ and „Erste Gewächse“ with very modest contents.

The Styrians from the Vulkanland (formerly South-East Styria) decided to have an external evaluation by the LACON control body, which also certifies and monitors organic cultivation. Evaluation criteria were geographic location and orientation, steepness, soil characteristics (volcanic rock was rated much better than gravel here, for example), the age of the vines (25 years had to be at least for a Großes Gewächs). Everything was poured into a transparent point system, after which it was decided in the end: „Großes Gewächs“, „Erstes Gewächs“ or only sufficient for local or regional wine.

This elaborate classification was initiated by the former chairman Stefan Krispel. He presented the result together with his successor Stefan Müller. Fellow campaigner Josef Scharl let it slip that there are no special regulations for the work in the cellar (e.g. renunciation of pure yeast). All nine members demonstrated during a presentation that they know how to make first-class wines. What makes them particularly happy is that there are already colleagues in Vulkanland who also want to take up the challenge. Membership growth is preprogrammed.

Once founded to pursue joint marketing, the Eruption winegrowers’ group has recently repositioned itself. Now with nine wineries, a respectable association has grown up. Read more in the article: “A spirit of optimism at “Eruption” in the Styrian Volcanic Region“.

A new Russian law has French champagne winemakers foaming at the mouth: they consider it "scandalous" that the Russian designation "Shampanskoye" is to be reserved only for Russian ...

A sea of fire against the frost in spring